A St. Catharines mortgage agent is educating consumers about a financial approach that he says will stimulate the economy and reinvest in local health care.

Cameron Wilson, creator of the Niagara Regional Community Mortgage Plan, suggests there is a responsible way to approach lending that keeps more money in the hands of consumers while providing much needed support for Niagara’s health system.

“I basically want to tell people the truth,” he said in a phone interview.

A typical Canadian consumer uses a bank without fully understanding its fees and policies, said Wilson, meaning they’re making decisions that can result in thousands of dollars of unexpected penalties.

“Banks are systematically not disclosing policy to their clients.”

Wilson is holding a town-hall meeting at the St. Catharines library on April 24, where he intends to reveal other generally unknown common practices — and promote a different, socially responsible option.

Wilson said that he began developing an alternative approach to lending after he read an article about code zero events in Hamilton. People were dying because there were no resources available when they phoned 911 for help.

That same day, he said a story came out about Scotiabank investing $800,000,000 to rename the Air Canada Centre in Toronto.

There are an estimated 124,000 mortgage holders in Niagara and yet there’s no money for health care, he said disbelievingly.

“The public doesn’t know they’re getting taken advantage of.”

In a direct response to these two stories, Wilson created a community mortgage plan that reverts five per cent of its gross revenue to the Niagara Health Foundation.

Chris Green, director of communications, marketing and community engagement for the Niagara Health Foundation, praised the program, saying that Wilson found a way to do more than donate to the charity.

“He found a way to work the day-to-day business model to encourage philanthropy,” he said, adding that Wilson is the ideal partner because he is regularly shining a light on the foundation.

“He’s not just cutting us a cheque; he’s taking charge, he believes and lives these values.”

The town hall meeting will run from 6:30 to 9 p.m. in the Mills Room of the St. Catharines Public Library on Wednesday, April 24. 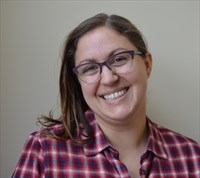 Beth Audet is a reporter and photographer covering the communities of north Niagara for Niagara This Week in addition to contributing to Niagara Life Magazine. She hails from Welland, where she studied journalism at Niagara College and interned at the Ottawa Citizen. After graduating, she journeyed to the B.C. interior to report about bears, wildfires and quilting guilds for the 100 Mile Free Press. She is thrilled to be back in Niagara.